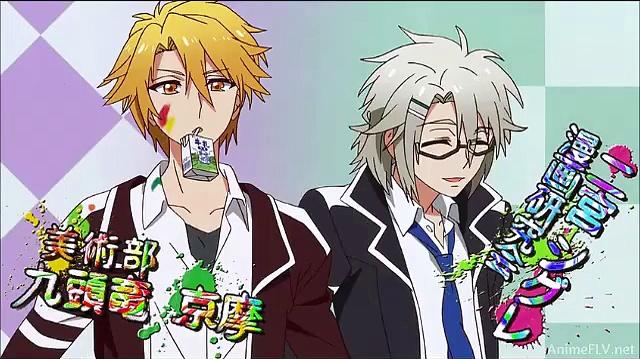 I seriously didn’t I would finish watching this show, I was fully expecting to drop it after a few episodes, but it landed onto my completed list for some reason.

Eruna is a unique female character for her tastes. There were no hidden ulterior motives, no drama from bad actions and unspoken lies. Eruna, as a protagonist, is very openly about her desires like Arata from Trinity Seven or Issei from DXD. This is a nice different from other female characters. Sure, she started by viewing the girls she met as objects for her fantasy, but then she start talking to them and befriending them through various games and antics.

The setting of the show shows, seem very similar to Harry Potter, but the concept of the school didn’t register until the back story of the founders are reveal. The students seem to to be from families of psychics that comes to the school to learn and develop their powers, but it was never fully explained or the fact why all the clubs have to be the liberal arts.

The thing I like the best about this anime is the school uniforms as they bring out the best in the characters.They also look hugely comfy ans cool to wear.