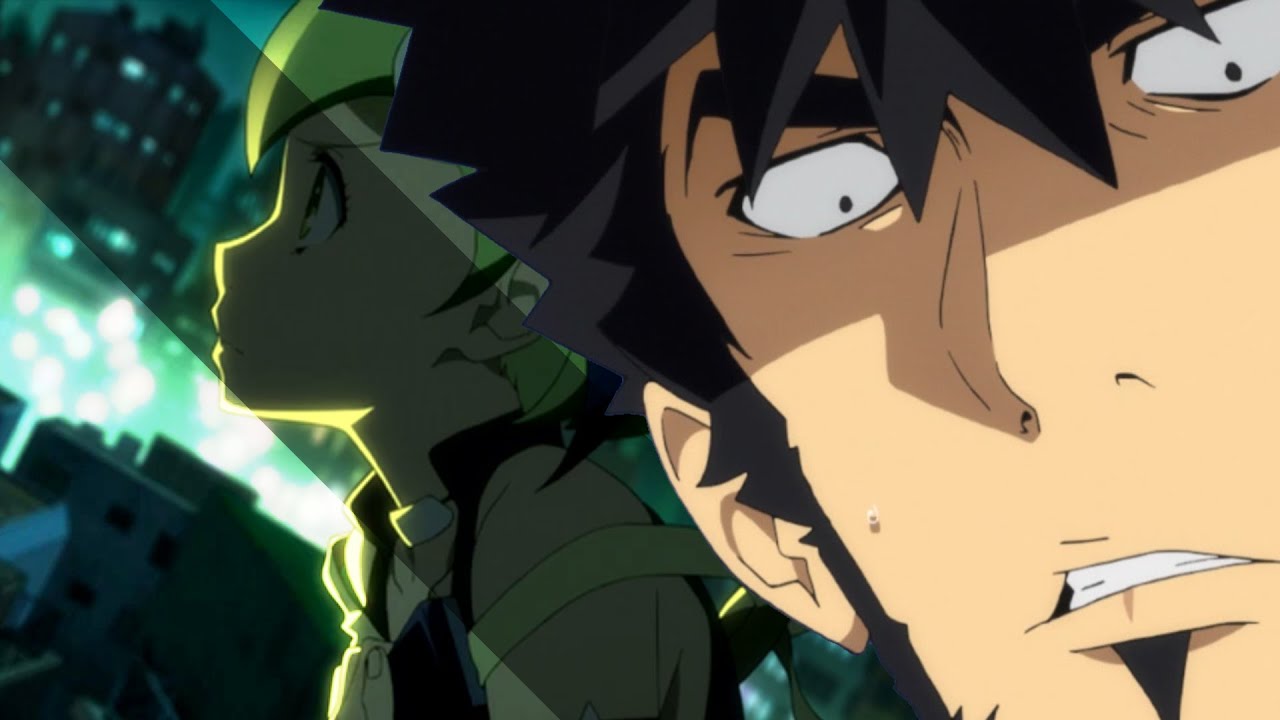 Dimension W is much then your usual Sci-Fi action show, it explores based on its premise. It is interesting to see Dimension W focuses on its story albeit it being not very original, it’s very a high dose of popcorn entertainment.

The story takes place in a fictional world in the future. By 2071, humanity began using a source of energy that can last forever for their planet. Through the influence of the fourth dimension, they are able to harness energy in the form of objects known as “coils”. Coils are manufactured by New Tesla, an energy company that uses them for profit. However, they also private firms and groups that use illegal coils for their own purposes. The show introduces Kyouma, a collector who has a hatred for coils. His adventures take him to all sort of places including his meeting with a peculiar robot girl, Mira.

As you cam see from my summary of the show, there is a huge amount of world- building in the show. Indeed, the shows do a great job in explaining its mechanics and people with interesting details. The fictional world of DW is the world rich with rich history, society, and technological advancement that allows the viewers to understand it.
The art style of Dimension W tends to have a very scientific feel. Character designs are also neat and will remind anyone of Darker than Black. Kyouma reminds me of a lone wolf detective and bounty hunter that came out of a classic movie. Meanwhile, Mira has the appearance of a young girl with robotic characteristics. (see that cute little mechanical tail?) The sci-fi backgrounds and technology also looks credible and advanced enough to be set in its timeline. The gadgets of the show and other robotic designs have a fair amount of details to further make its world building look believable. There’s even a bit of artistic enhancement with creative shade colouring at many noticeable scenes. Fan service is fairly minimal although there are a few times when the camera likes to shine on Mira. The real fan service is the action delivered right to your face.

The creative OP song is one of my favourite parts of the show. Performed by STEREO DIVE FOUNDATION, it’s very colourful with the dancing, full throttle action, and creative colouring.

DW is a show when anyone can enjoy and then have something to discuss each day like I did with my friend from University.

One thought on “Dimension w”