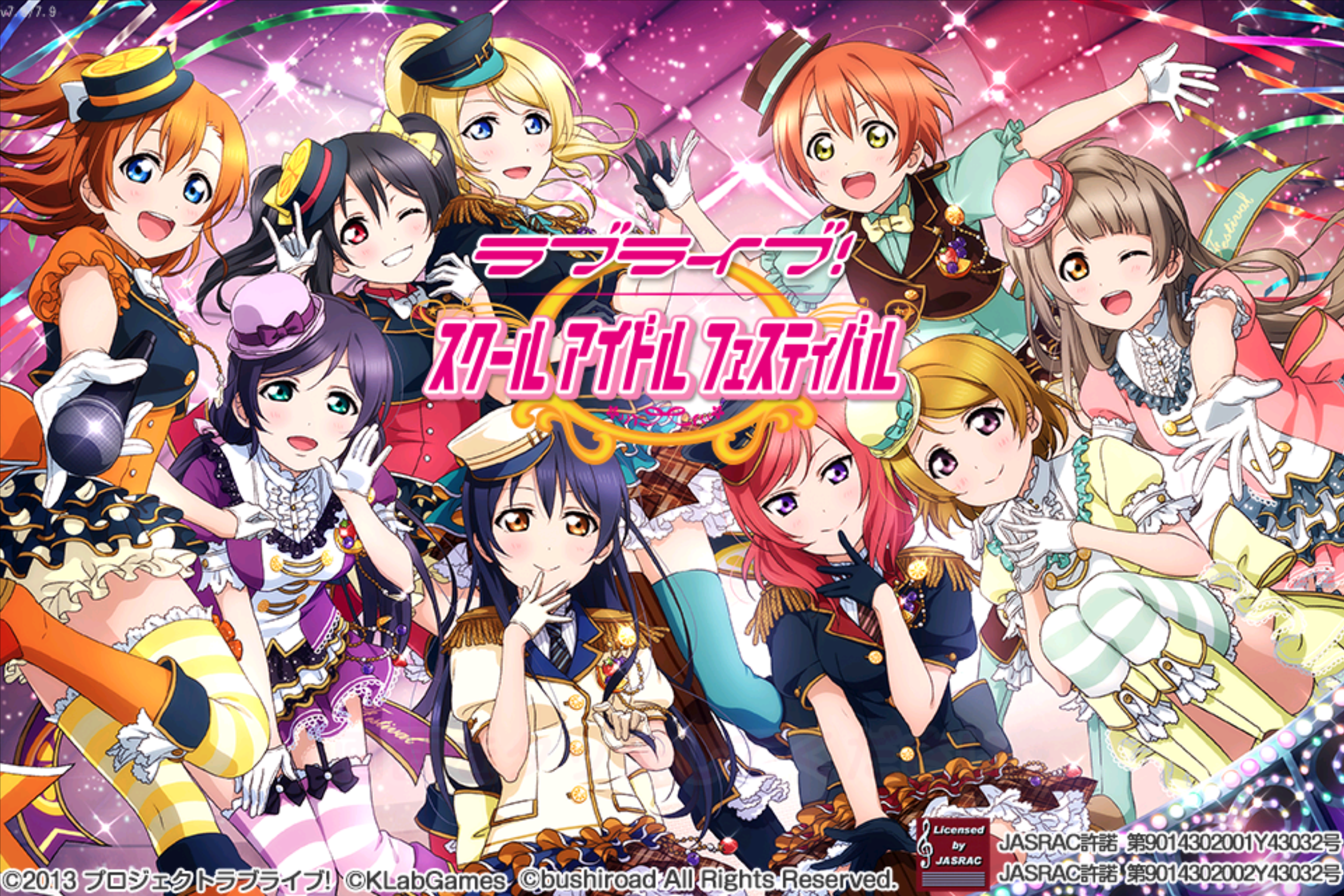 Every anime fan knows exactly who these girls are. Some of us aren’t proud of it, but we can’t help but feel the energy as soon as we hear those catchy tunes and see those familiar faces. If you’ve watched the anime (Sunshine included), you’ve been met with  fun and friendship, as well as feels and frustration. But don’t worry, it’s all smiles from here…

School Idol Festival is a rhythm game for mobile devices and is simple  to play. Just tap  the screen to the rhythm of the song when the icon reaches the target area. Sounds easy? Well, in the easier modes, yes it is. But it soon gets faster, much faster, until you’re hit with a flurry of notes only the most dexterous or practised of hands can reach. It’s very addictive and works incredibly well as a time killer.

In terms of a story, you play as a character, presumably yourself, whom the girls have asked for help with organising all of the members for their upcoming performances. Beside this, there seems to be a large collection of side stories rather than one long narrative. µ’s stories are added as  your level increases, Aquors stories are added by completing enough objectives, whilst character specific stories are unlocked after thorough use of that character in order to max out their bond. This adds a lot of value to players who want to understand more about their favourite character’s personality. It’s also the fastest way to earn the game’s premium currency.

On the screen during gameplay are nine target areas. Representing these nine areas will be nine characters representing your idol group. For the early portions of the game, these will be mostly filled with original side characters and your chosen starting µ’s character, but as you level up, you’ll find your range of available characters expanding quickly with not only girls from µ’s and Aquors, each appearing many times in different outfits,, but A-Rise and Saint Snow as well. There are hundreds of characters and an almost unlimited number of possible combinations, giving players the option to make a team of their favourite characters or compose a team for the highest score. Affecting your characters stats are their level, (which will be increased as you train them with other characters), or by maxing out your bond with that character, which is done through repeated use, but will only reach its maximum value after you have “idolised” them by performing special practice with an exact copy of that character( or by using stickers). Maxing out a character’s stats can take a lot of time and a lot of gold, which adds a huge length to the game, leaving you playing for ages.

Each song is split into three categories (Cool, Smile and Pure), corresponding to the overall feel of the song and matches to the types of the characters. Matching a character type to song type will result in a higher score, so is a consideration worth making. In terms of the songs themselves, there is a huge range of tracks available, with more being constantly unlocked as your level increases, through special events and as daily specials. The catalogue consists of any song written by any of the groups appearing in the animes. You won’t be able to play all of your favourites right away, but they are available, with the exception of some Aquors songs because that part of the game is still being updated.

As with many “Freemium” type games, characters are sorted into rarity. The rarer the character the better stats and abilities they will have. Unless you pay for the gems needed to scout them, the rarest characters can be very hard to come by. Apart from the novelty of owning a rare character, it doesn’t affect gameplay much. However, in my opinion, the stats, abilities and artwork are well worth it, and I have an ultra rare Chika to prove it. You also have a stamina bar which dictates how many songs you can play. This increases with levelling up, but so does the cost of performing harder song. Play lots but easy, or few and hard, it’s up to you.

All in all. it’s a simple, daft, addicting game with familiar characters and some upbeat songs. I’ve had hours of fun with it and I’m sure you will too.