Kaiba isn’t in denial of magic anymore and we get to see this in movie,  but what’s more is that we see him missing his greatest rival. His passion to defeat his rival is so great that he invents the worlds most advanced holographic systems in through the a statelight in space and then even later on, breaks the barrier between dimensions just to play a card game. 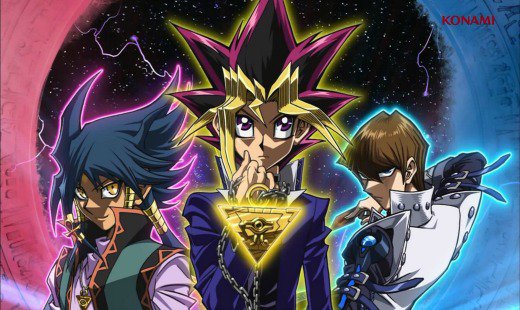 Kaiba is having a struggle, because while everyone else accepts their loss, Kaiba for once is the one character that has completely refused to give up on someone.
He is the driving force for this movie, he sets up all of the plots and shows he’s more than capable of crushing anyone in his path even if they possess magic with science.

On the other end, we have Yugi. Having parted with the Pharaoh and grown up a bit, he feels as if a bit of him is missing but has chosen to move on. There’s really not much else to say for this. Yugi is here because he is the conduit for the pharaoh. He has improved as a duelist, becoming more confident and calm. Yet, he still can’t beat the last boss. I guess if he then we won’t get to see the pharaoh be a badass.
Speaking of the pharaoh, Atem does show up and in the most glorious of fashions. A golden light suiting of his majesty, a draw of a single card that allows him to win the duel. Destiny Draw at max power to prove his might. It was something that got me cheering in a situation that should be silent. Yet, he just stood there in silent and disappear. I wanted to hear his manly voice.

First of all, the animation is so outstanding. It’s really high quality and during certain scenes, in the movie, you may think that it’s real life scenery instead of 2D/CG. I couldn’t believe my eyes watching it, ’cause usually Yu-Gi-Oh! didn’t have that high-quality animation

Let’s talk about sound next. There’s not much to say here. The movie uses a few of the soundtracks in the original Duel Monsters series like Passionate Duelist and Wrath of God but with different arrangements of course. The nostalgia is so real when you hear them playing.

The Dark Side of Dimensions however, is a real masterpiece, especially for a yugioh anime and its fans. Overall, it is a nostalgic trip for me and that is enough.

2 thoughts on “YuGiOh!: The Dark Side of Dimensions, Nostalgia Done Halfway”