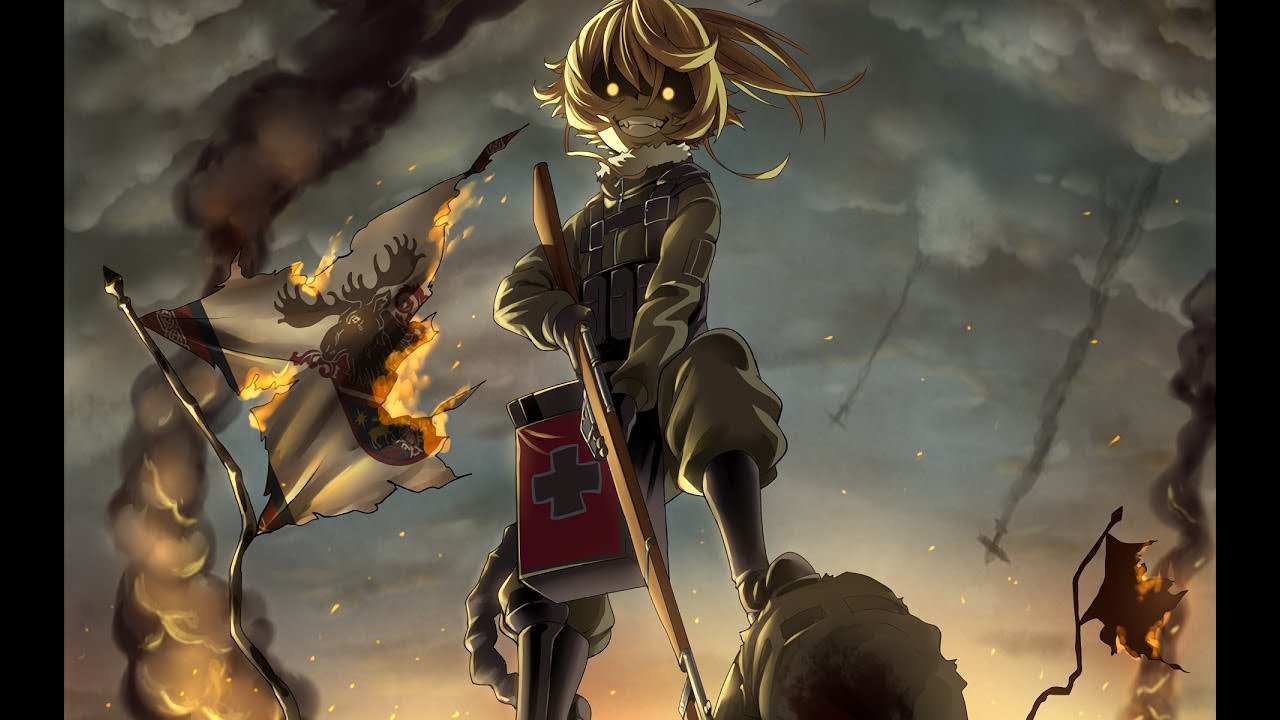 Wars are the best catalyst for bringing genuinely morally repugnant people together.  Let me ask you sensei, what you get when you put a horrible man in the body of a magical loli? You get one of the darkest magical girl series, since Madoka Magica. You could talk about Magical Girl Site if you had not dropped it.  Come on  Sensei, I just didn’t like MG Site. Back on topic,  the evil of this series is easy to where the came from: someone gave that person a gun, a uniform, and an incentive to kill.

We can see how evil she is as we can hear the gears in her head. The first scene we saw was when she was still a male office worker right after firing another worker. He was monologing to himself about how he was superior to his laid-off co-worker. This came back to bite her hard as that worker told his revenge and murder him. Did he regret his life actions, sensei? No, he started cursing god for something like this happening to an elite. Like Konosuba, a voice of a god answered him. The voice wanted him to repent from his words, but instead, he further insulted this god like a true Greek tragedy’s main character. 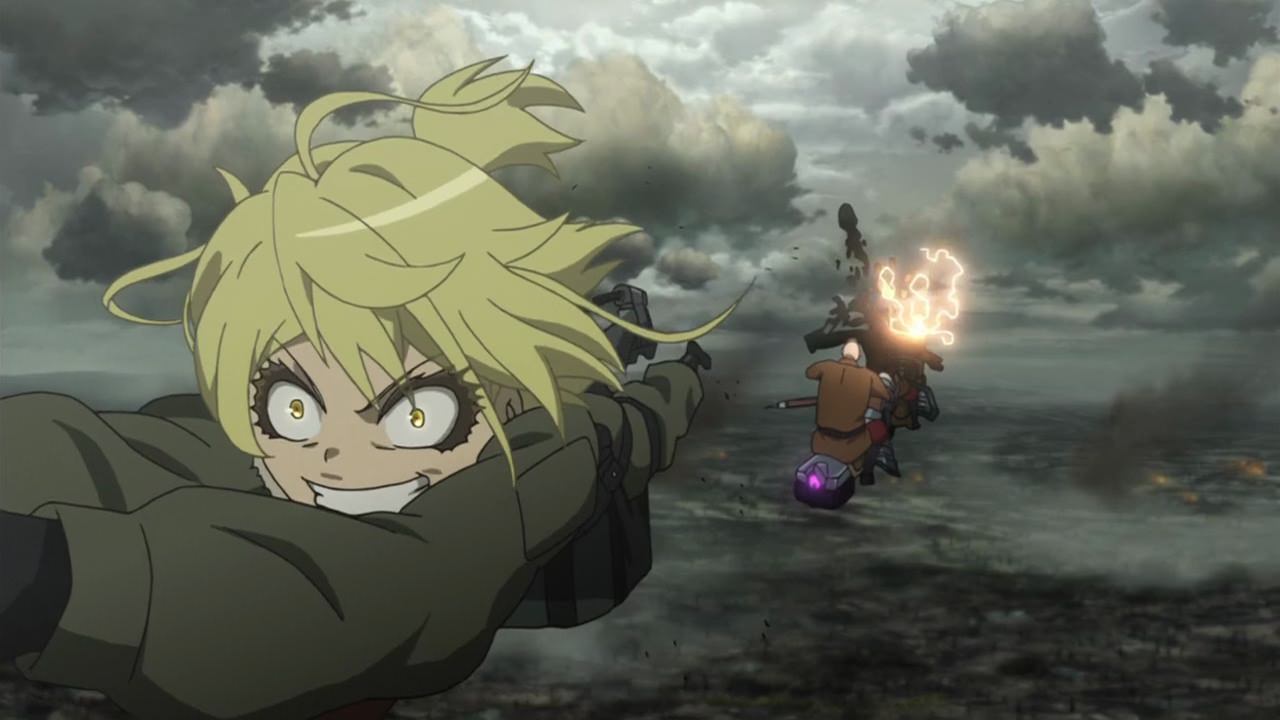 What did the god do? Well, this is an isekai anime, after all,  so our MC get reincarnated as a loli in WW 1 Germany. However, this world also has magic, and by the grace of the god, she is given a lot of magical power in her body. This trait gets noticed by the military and she was enrolled in the army. With her large magical capacity and intelligent, she moved the ranks quickly, but this new and harsher life did nothing to improve her attitude. She is vindictive, setting up a group of soldiers who disobeyed her to be killed by the enemy in the next attack. She chooses every word to better her chances at staying safe and away from the front line, whether it be to her superior officers or to her friends celebrating a new birth in their household. We see her pushed to the brink of death in a fight, and we see the unbridled joy she feels at letting her powers loose on anyone who bleeds red and looks at her the wrong way.

This anime is shaping up into a Greek tragedy, where the hero falls from grace because of his/her hubris.  Besides the well-choreographed action and the detail put into Tanya’s crazed facial expressions, the true gem of the show is watching Tanya’s character, as a textbook case in greed, ambition, psychopathy, and if all goes well, in a fall from grace. At least for me and Sensei.

3 thoughts on “The saga of Tanya the Evil, Humans at Our Worst. Friday Feature”