Rumiko Takahashi is one of the most famous and wealthy female mangaka in Japan, authoring such classic and well-known series (even to those in the west) such as Inuyasha, Ranma1/2, Urusei Yatsura, and Maison Ikkoku. These animes were a part of my childhood on Animax. So I would have continued watching this regardless. This woman is the master of romcom- pentagons, so you will be laughing if you like this formula.

A story about witches, mercenaries and war that is not set in a high school. What else is there to say for you to watch? Yes, Tanteikid, this is not an isekai anime or a highshool fantasy; this is actual fantasy.

Okay,  just felt like it would be great to give you a short glimpse on this anime, since I’m that kind of person who needs to be reassured that an anime is worth watching, and that’s usually by checking out trailers or reviews (mostly to see if there are any positive reviews, because I mostly watch non-popular anime). Either way, is it worth watching? Yeah, definitely. Jump in as soon as you can, so you keep up with the flow and don’t need to do an all-nighter as I do all the time when watching anime.

“You guys really are idiots.” Words of gold.

The anime’s story follows two main characters: An old man, named Zoroku, who takes a little girl, named Alice, (Sana) in to live with him. The anime follows the lives of Zouroku, and the two women in his life, and how their family deals with Sana’s mysterious powers; other girls and people chasing her; and unraveling the mystery of alice, Sana’s power. The first episode we get to see a possible ending to the manga in the future, where a young girl get to become a woman.

Aside from the generic setting of school and your typical beta male of harems, I dare to say that the “power source” of this anime is quite unique. Yes, we at least haven’t seen overpowered blankets of cleansing as something you could fight with. I know how to refer to the “evil” source of weird things happening around Kazuya.  They are tools in Japanese folklore that have acquired a spirit. evil spirits that take possession over objects, dark feelings, etc etc etc. and it manifests into whatever it possessed and takes control of it. there is an order of “Tsugumomo” users (or cleansers) They fight against evil spirits to cleanse them, also they can fight against other users, using… crystal dicks because 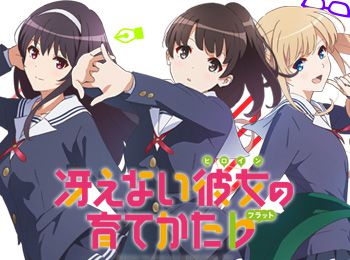 END_OF_DOCUMENT_TOKEN_TO_BE_REPLACED

Not quite, Enaba was not born with the ability to see Youkai and he has this ikemen mary sue best friend looking out for him since middle school. He was saying goodbye to his friend to move into his high school dorm, so he does not trouble his uncle’s family anymore. Unfortunately, his high school’s dorm burns down, which results in him moving into a yokai apartment house. Shenanigans have been set up and will doubtlessly ensue. END_OF_DOCUMENT_TOKEN_TO_BE_REPLACED

What will you do if you are the only human left on earth because of our race stupidity? You are tasked with raising a bunch of girls to their death as weapons to defend civilization. Yes, Black Bullet  feels incoming.

END_OF_DOCUMENT_TOKEN_TO_BE_REPLACED

‘The moon is beautiful’

When a strange girl named Guri comes knocking at Seiji Aino’s door, he quickly finds himself thrust into a world of romantic troubles. Claiming that she will die if he doesn’t kiss someone within 24 hours, Guri’s pleas of desperation are misunderstood as pleas for love, leading Seiji to kiss the cute stranger that came barging into his house. In actuality, it turns out that this cosplaying cupid is the wielder of a Kiss Note, in which any pairing of names she writes will kiss and become a couple. Guri explains that she misspelt and accidentally wrote Seiji’s name while indulging in her yaoi fantasies, but because she had yet to pair him with anyone, their kiss was meaningless. Even worse, Guri reveals that if Seiji is not coupled with anyone soon, not only will she die, but Seiji will remain a virgin for eternity! END_OF_DOCUMENT_TOKEN_TO_BE_REPLACED